Add my book STALKING JACK THE RIPPER on GoodReads!

See the giveaway details at Goodreads.

i LOVE a good surprise and hope you do too because…..SURPRISE!!!!

The #1 New York Times bestselling author Kerri Maniscalco introduces her next blockbuster series, in which a beautiful young witch, a troubled demon, and a lush 19th century Italian setting come together to create a dark, intoxicating romance for the ages.

Emilia and her twin sister Victoria are strega – witches who live secretly among humans, avoiding notice and persecution. One night, Victoria never shows up for dinner service at the family’s renowned Sicilian restaurant. Emilia soon finds the body of her beloved twin…desecrated beyond belief. Devastated, Emilia sets out to discover who did this, and to punish them.

Wrath was the outlier among the seven demon brethren, always choosing duty over pleasure. So when ordered to find out who was killing off the young women who were to be his master’s bride, he didn’t hesitate. But upon meeting the fierce, desperate Emilia, it was clear this disturbing mystery would take a bewitching turn… 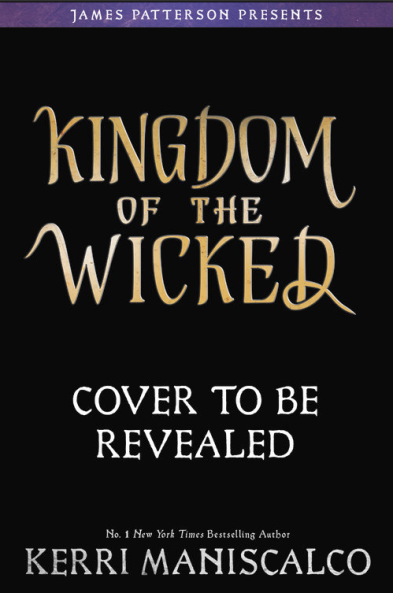 Add KINGDOM OF THE WICKED to GoodReads

Hello, blog friends! It’s been a while since I’ve posted a query crit, so you’re in for a little treat today. Oh, and happy fall! Hope you all get to indulge in some pumpkin spiced goodness and read some creepy books. Have you seen Kim Liggett’s blurb for BLOOD AND SALT? (A super scary looking read that just came out September 22nd!) Yeah, you need to grab a latte, snuggle into your favorite sweater and read it.

Yasir Thomas, high school basketball star, can’t help but wonder why his mother would name him after Edward Thomas, when he’s not even his biological father. All he wants is the truth. Too bad she’s not around to give it to him. Because according to his grandmother, she’s dead.

When well-paid defense lawyer Edward shows up after being absent most of Yasir’s life, he seeks legal custody to whisk Yasir away from his rough neighborhood. But the court requires that he takes a DNA test to prove his paternity. When the test comes back negative, both of them are taken aback.

Yasir goes to his grandmother for answers, but she won’t even look him in the eye. Refusing to continue travailing in the pain of not knowing who his real father is, he goes on a quest for the truth. But that means less time for basketball. And there goes that scholarship—his only ticket out of the Brooklyn projects.

ONE OF YOU WILL BETRAY ME is a commercial/multi-cultural novel complete at 74,000 words.

Thank you for your time and consideration.

Query with my immediate questions/reactions while reading the first time:

Yasir Thomas, high school basketball star, can’t help but wonder why his mother would name him after Edward Thomas, when he’s not even his biological father.

This is almost there but not quite. How old is Yasir? It’s almost like there’s too much and not enough in this opening. Plus, in the next paragraph we learn that Edward isn’t his biological father, so it’s kind of redundant info and takes the surprise out of it. What’s the inciting incident in your book? What gets this whole ball rolling? Is it when Edward shows up out of the blue? Is it out of the blue? Why is Edward suddenly taking an interest in him? Does he think that Yasir is going to make it big in basketball and is using him, or does he truly want to build a relationship with a son he didn’t know he had?

[OR…if you keep this opening sentence, build on it from there. Don’t repeat the part about the DNA test in the next paragraph (if he’s not Yasir’s biological father, we get that from the opening) use the next paragraph to get into why he sets off on his quest and up the stakes.]

All he wants is the truth. Too bad she’s not around to give it to him. Because according to his grandmother, she’s dead. Why wouldn’t he believe his grandma if she said his mom was dead? Does she have a history of lying to him?

When well-paid defense lawyer Edward shows up after being absent most of Yasir’s life wait…has he had interactions with Edward before? this sentence almost reads like he has and is a bit confusing, he seeks legal custody to whisk Yasir away from his rough neighborhood and how does Yasir feel about this? happy, nervous, mad, unwilling to leave his friends and life behind? and where does Edward live? Still in NYC but in a different borough? Still in the tri-state area? What kind of change will Yasir have to deal with? Are we talking from BK to country club Connecticut?. But the court requires that he takes a DNA test to prove his paternity. When the test comes back negative, both of them are taken aback.

This whole paragraph is good information, but can be easily condensed–or even removed from the query–to add more crucial plot info in its place. I still don’t quite understand the inciting incident that sets Yasir off on this journey to discover the truth. What triggers this? Does he find a picture of his dad and want to track him down? Does he do a reverse google image search a la CATFISH the tv show and discover that Edward is a famous lawyer? There’s got to be something that sparks him into action. Give us a little more of that and build the query from there.

Inciting incident happens ——> throwing MC into action because if he doesn’t act now _______ happens/could happen. What are the stakes? Is his grandma sick and possibly going to die, taking with her all the answers he seeks? Right now this is all kind of like background info.

Yasir asks his grandmother for answers, but she won’t look him in the eye. Refusing to travail in the pain of not knowing who his real father is, he goes on a quest for the truth. What kind of quest? Does he follow clues his mom left? Does he find a box of her old stuff? Did his mom leave clues? HOW does he know where to start this quest. But that means less time for basketball. And there goes that scholarship—his only ticket out of the Brooklyn projects. Again, why is his grandma not being forthcoming with him? (Also, it’s kind of saying the same thing again re: his grandma lying and we still don’t have a firm enough grasp on the stakes and *why* grandma isn’t being honest with him to begin with.) Does she live alone (aside from Yasir being there)? Does she rely on him to help her out? Does she think he’s going to leave her behind?

Losing the scholarship is clearly a HUGE deal, and is great to see what Yasir stands to lose, but the whole motivation and “why now?” hasn’t been answered. And the quest is great! BUT, what’s his starting point? How does his quest kick off?

Also! Since Yasir is a basketball star, and that’s how he sees the world, maybe include some basketball terminology? I.e. How can he attack this issue with the same precision he uses while playing the game? What position does he play on the team and how does that affect the way he goes after things in life? (These are things for you to think of, not necessarily include in the query letter.)

ONE OF YOU WILL BETRAY ME is a commercial/multi-cultural novel complete at 74,000 words.

Great title! Is it a standalone, or a standalone with series potential? Also, what is the multi-cultural aspect of the book? That doesn’t come across at all in the query as it reads now. And to build off of the title more, maybe you should go into more of the betrayal aspect/possibilities IN the query. We don’t really get any of the juicy betrayal factor and THAT is the real zinger and heart of your query. THAT is where the drama lies and where we can see what Yasir is struggling with.

It’s risky, but you could even come up with a short paragraph for each potential betrayal broken down by person. (If that makes sense?) Like, who are the people in his life that are lying and potentially betraying him? I.e. his grandma is suspect one, his mom (I’m guessing) is another suspect — maybe thinking of them like that while you’re reworking this will help it out.

His grandmother has lied about everything from where she plays bingo to if his mother is actually dead…this time.

His mother’s faked her death countless times, leaving them in debt and grief.

His jealous friends set him up for _______. (Clearly, these aren’t great examples, it’s just an idea of how a reader/agent can get a better idea of how he’s been betrayed in the past, or possible future betrayals. Like, who can he trust when everyone in his life has lied? etc.)

This is a mystery that Yasir needs to solve — what are some of the clues?

Thank you for your time and consideration. ——> fyi: this is a different color, make sure you highlight it and make it black so it doesn’t stick out as a cut and paste job in your query.

Okay, I don’t have enough info to rework it, so here’s a loose example of a revamped query with fill-in-the blank stakes. Like my agent says the thing to keep in mind while writing your query letter are these three things:

Seventeen-year-old basketball star Yasir Thomas’s one shot of escaping the projects is anything but a slam-dunk when ______ happens. Then add a follow up sentence of that incident, adding the potential for more problems.

Life isn’t finished handing out violations, and before he _________, _________ happens (think of this as building brick upon brick of the stakes, each getting worse than the last). Now include something here about setting off on the quest, and any other issues that might arise in a sentence or two.

All his time away from practice is ______, and with college scouts coming for the playoffs, he stands to lose more than just _______ – he could lose his scholarship. Now he needs to choose ______ or _______ and his decision will affect not only his life but _________. (Again, just a super loose structure on how you can add the stakes and mystery and choices your MC needs to make and the consequences of them.)

ONE OF YOU WILL BETRAY ME is a contemporary YA complete at 74,000 words.

Thank you for your time and consideration.

That’s it! That’s all I’ve got. Thank you so much to this brave author for sharing her work with me and letting me dig my little fingers in to it. Having your work sliced and diced and critiqued is NEVER easy. Give yourself a giant hug and bask in how brave and amazing you are. You wrote a book! You are filled with so much awesome. Never forget that.